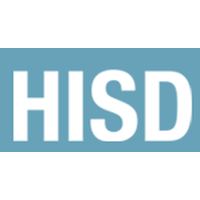 The award, given by the Houston CIO Leadership Association, is the premier technology executive recognition program of its kind, recognizing chief information officers who have demonstrated excellence in technology leadership.

Since joining HISD in January 2013, Schad has spearheaded efforts to digitally transform teaching and learning in HISD. He leads a team of 268, with divisions covering educational technology, project management, strategic planning, student management systems, and more. In 2013, he began implementation of the district’s PowerUp initiative, which has supplied laptops to all of HISD’s 50,000 high school students. With constantly evolving technology, Schad has worked to provide consistent educational technology assistance and training, with a focus on emerging technologies and finding the best fit for classroom resources.

“I am very honored and humbled by this award,” Schad said. “This recognition is more about my great team than me. They work hard every day for our students.”

The ORBIE Award was presented by the Houston CIO Leadership Association during a ceremony on Thursday. Finalists and winners were selected through an independent peer review process led by prior Award recipients.