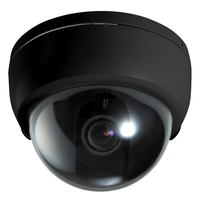 Pursuant to Senate Bill 507, passed by the 84th Texas Legislature, TEA has released final rules concerning video surveillance in certain special education settings. The final rules are effective August 15, 2016. A request for an opinion from Texas Attorney General Ken Paxton regarding SB 507 remains pending and could lead to rule changes in the future.

Some of the significant changes that were made to the rules after receiving public comments are as follows: